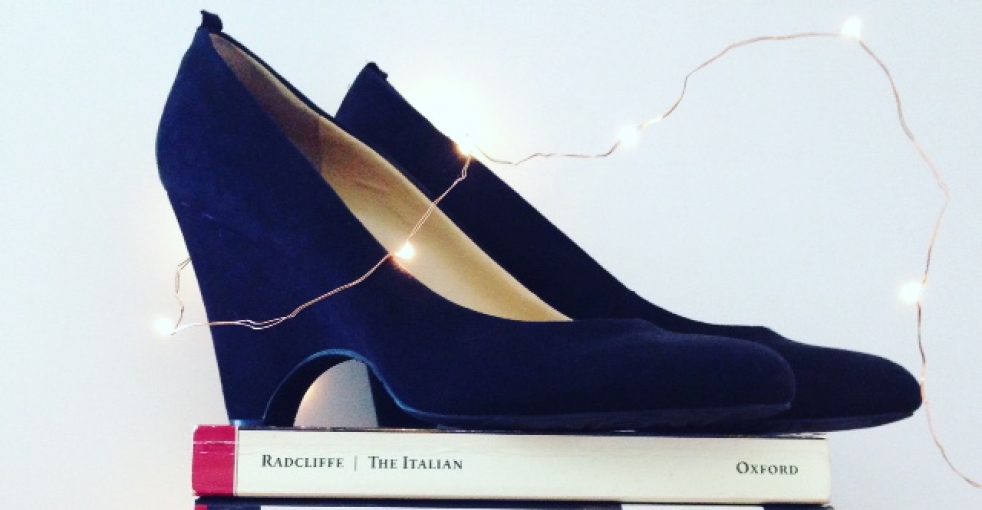 We all know pie is the staple food of fall: potpies for dinner, warm and creamy, and pumpkin or apple for dessert with copious amounts of whipped cream. However, beloved pastry chef Dominique Ansel takes our love and makes it something magical, even if it’s only for 90 minutes.

Pie Night! It has such a ring to it, the call to arms with forks and knifes and empty bellies. 10 pies, 90 minutes, and a night to remember. This year marked the debut of Chef Ansel’s west coast Pie Night at 189 by Dominique Ansel located in the Grove. Was it worth it? Absolutely.

It starts on a perfectly crisp fall night in Los Angeles and a glass of bourbon spiked apple cider while we stood in line to be seated. The buzz of conversation centered around, how hungry are you? Ready for pie?

Silence fell when the chefs appeared and welcomed us to Los Angeles’ first ever Pie Night. There would be an assortment of pie, five savory and five sweet, along with as much cider we dared to drink. Mostly, they said, we want you to have fun and eat pie.

As the crowd ascended into the formal 189 by Dominique Ansel dining room, the smell of buttery crust, of sweet apples and potpie, wafted around us. It was intoxicating. The blue checkered tablecloths, the leaves and garlands, it was like walking into a picnic, or friendsgiving for the ages. Fast friends formed in the lines as we waited for our little slice of heaven, wondering just how much we could actually fit in.

I decided it was a two-course meal: savory and then dessert. Savory pies included wild mushroom and leek, black forest ham with fontina cheese, chicken pot pie, shepard’s pie, and heirloom tomato and ricotta pie. The decadent favorite was the black forest and fontina, it was rich and creamy in every way that screamed breakfast on a cold autumn day. The clear winner, however, had to be the chicken potpie; soulful and filling, it was everything I was looking for when I talk about savory pies.

Dessert was a literal slice of heaven. With choices of apple pie, pineapple coconut meringue, mission fig with balsamic fig jam, chocolate horchata, and plum with almond cream, of course I had to take one slice of each— Minus the plum and almond cream, I’m allergic to almonds. As much as I love classic simplicity of apple pie, I was shocked to find the two competing slices for favorite were between the horchata and the pineapple coconut meringue! Both of them had flavors that were so unique and unexpected in the best possible way.

After getting our fill of pie, we thanked the chefs for a fantastic evening and went off into the night, our stomachs full and our hearts happy.

What started with a simple, elegant apple pie has since become a New York experience, and now Pie Night is offered in New York, Los Angeles, and London every October. For a few glorious buttery-crusted days you can eat as much pie you can fit in and have a memory worthy of the ages.

Until the next time,

Cross-posting this on MoniqueandCamille – where my sister and I blog and have our shop. Check it out! And there’s more to come. ❤

Casual Fangirl Ca·su·al-Fan·girl (Noun) A person who knows enough to be dangerous. Someone who shows an extremely or overly enthusiastic attitude to everyday things. I know a little about a lot. And that’s what started it. Skirting around the edges of fandoms has become a hobby of sorts, one that has transitioned into my daily life. Why not fangirl about the little things (like strawberry lemonade or your favorite piece of jewelry), or do a food shimmy because Sweet Rainbow Sherbet that bacon-wrapped scallop was like heaven! Life is full of fangirl worthy moments I want to share with you; from how Tony Stark is the best Marvel character, to why I have an obsession with a sassy death machine called AIDAN, to finding the absolute best coffee stop in almost any city, I promise you’ll never be able to pin me down. View all posts by Casual Fangirl